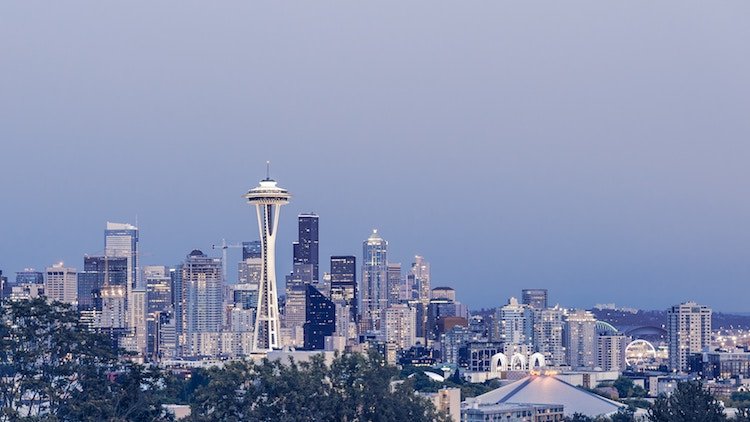 Seattle’s commercial real estate (CRE) market has quickly ascended to the top of the heap thanks to a variety of factors, such as the growing labor market. A booming tech industry led by Amazon and Microsoft has cemented the Emerald City as the most vibrant CRE market in the U.S., which has drawn interest from investors from all around the world.

As more Fortune 500 companies open offices in Seattle, high-paid workers in the tech space have increased the demand for nearby luxury housing. Additionally, the expansion of e-commerce in the city has resulted in historically low vacancies, a figure that has been below 4% for more than three years, while the average rent has risen by 30%.

This real estate bubble has been driven by the fact that Seattle’s population growth is twice what the national average is. Plus, the population aged 15 to 34 expected to rise by a total of 17.3% over the next five years, according to PWC’s Emerging Trends in Real Estate – US and Canada latest report.

The CRE investment outlook is on the up and up as access to public transportation is growing in the city. JPMorgan Chase Seattle recently inked a $4.8 million refinance near 65th Street and Roosevelt Way, near Roosevelt Station. The company closed a seven-year hybrid loan in 35 days, creating an easy light rail commute to anyone located within a 30-minute and one-hour commute from Downtown Seattle.

An increasing investor demand and a plethora of capital available for real estate investment and development is bringing in U.S. and foreign investors to Seattle. The latest CBRE survey found that Seattle is now tied with New York as the third most attractive market for investment properties. The Emerald City’s investment activity is slated to increase in coming years thanks to the nation’s economic growth, tax cuts and favorable regulatory changes.

When excluding houses, foreign investors have acquired more than $4 billion in offices, apartment, condo complexes, warehouses and other big-ticket buildings in King County since 2015. This figure is more than triple the rate from earlier in the 2010s, per the local Economic Development Council. It’s also more than what foreign buyers spent on local homes over that period.

Chinese real estate developers Vanke and Create World have made waves in the Seattle CRE market in recent years as the former is partnering up with a California developer to build a $200 million, 43-story apartment tower in the Denny Triangle. The latter announced last year that it was shelling out $65 million on a Bellevue apartment tower, which will be followed by a second high-rise across from Pike Place Market after paying $17.1 million for the land. These are just two of the foreign investors that are spending big bucks on Seattle’s ever-changing CRE landscape.

The Jet City’s tech boom is also helping to drive CRE prices up, especially in Puget Sound. The business district has attracted the likes of Amazon to sign large leases, while Google and Apple have also expressed interest in opening offices in Seattle. Snapchat is also in the mix, recently acquiring a 47K SF in Belltown. Moves such as these have reduced office vacancies to 7.5% in the most recent quarter, compared to 7.7% in the previous quarter thanks to growing demand.

About 12% of Seattle employees are in STEM occupations, about twice the U.S. average, while 4.5% of the workforce is involved in computer programming-related occupations. The city’s five-year disposable income growth is slated to grow considerably as Seattle has an educated population where 17% of residents have graduate or professional degrees, while 37% have associate’s or bachelor’s degrees.

Seattle’s recent influx of young residents with higher education degrees and an interest in tech have made the city the most vibrant CRE market in the nation. The population growth has led to an increase in real estate prices across the board, inviting investors from around the globe to make major bets on areas such as Puget Sound, King County and Bellevue as all signs point to continuing growth in the Emerald City over the next five years.

When to refinance your property with a private loan

How to Finance a Sober Living Facility